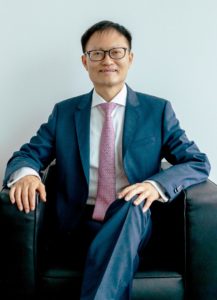 Mr Xu joined DyStar Group in 2010 and has held the role of Executive Board Director of DyStar Group. He is currently the Managing Director and President of DyStar Group, appointed by the Board of Directors. Based in global headquarters in Singapore, Mr Xu is also the Chairman of the Remuneration Committee and the Audit Committee.

Mr Xu spent over 13 years of his career with Unilever in market development, R&D and as Global Mass Market Development Director for key strategic markets in China, Australia and Brazil. In 2002, he joined Ciba Specialty Chemicals as General Manager of HPC for greater China and was promoted to Vice President of HPC for Asia Pacific.

Mr Xu graduated from Shanghai Jiao Tong University with a Master’s degree in Applied Chemistry and Bachelor of Science. 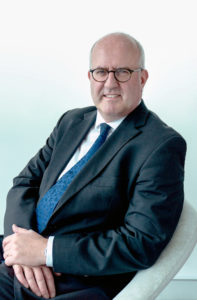 Mr Hopmann joined DyStar Group in 1995 and has held senior management positions in South Africa, Hong Kong, China and Europe. He is currently the Chief Commercial Officer (CCO) of DyStar Group, responsible for the Group Sales and Marketing activities based in Germany.

Mr Hopmann started his career with Hoechst AG in the early 1980s specialising in the Dyes Business. He was promoted as Business Manager in 1988 and later to Department Manager in 1992 to lead Hoechst Taiwan’s Dyes and Fibres business.

Mr Hopmann was the Managing Director for DyStar Johannesburg, South Africa in 1995 and move on to Head DyStar China in 2000. He returned to Head Europe after 2010.

Eric was appointed as Chief Executive Officer (CEO) in 2014. 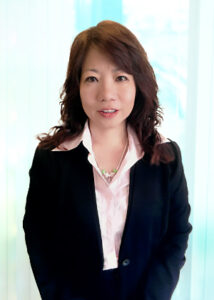 Ms Lo joined DyStar Group in 2023 as Vice President of Global Human Resources for DyStar Group, based in Singapore.

In the past two decades, Ms Lo has led several regional HR teams in companies across different industries through key periods of their expansion and spearheaded through to completion multiple global HR initiatives. Prior to joining DyStar Group, she held senior regional leadership roles at Mowi and West Pharmaceutical Services as well as leading HR Shared Services at GlaxoSmithKline Pte Ltd.

Ms Lo graduated from University of Curtin with a Bachelor of Commerce in HR Management & Industrial Relations. 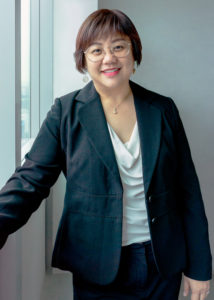 Ms Ng joined DyStar Group in 2019. She is currently the Vice President of Global Finance for DyStar Group, based in Singapore.

Ms Ng is a Chartered Accountant and has held senior finance roles in engineering and technology sectors. In the past two decades, Ms Ng was actively involved in building strong Finance Teams regionally and globally in Operational Excellence. The continuous improvement in processes and system solutions essentially help established strong business partnership at regional and HQ level. In addition, she has extensive experience in organizational transformation within Finance and Company-wide initiatives.

Ms Ng graduated from Nanyang Technological University in Singapore with a Bachelor of Accountancy degree. 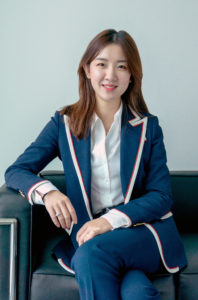 Ms Huang joined DyStar Group in 2011 and has progressed in several roles within DyStar. She is currently the Vice President of Global Procurement for DyStar Group, based in Greater China.

Ms Huang started her career in early 2000 with Ciba and later under Huntsman as Global Purchasing Category Manager, following the acquisition of Ciba’s Textile division in 2008. She moved on to join Henkel Group in 2010 as Regional Purchasing Manager in a capacity of APAC role.

Ms Huang graduated from Electronic University of Shanghai with a Bachelor of Business Administration.